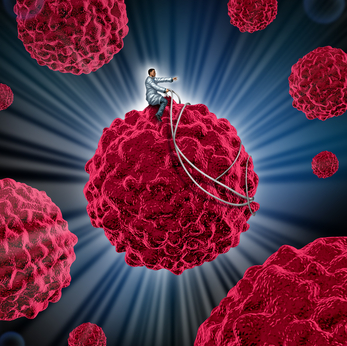 Many people wonder what causes their allergic symptoms and why they are worse at certain times. These symptoms occur when the body mistakenly identifies as dangerous certain things a person is allergic to and reacts to them as if they were germs or viruses. In the process, chemical substances are released from some cells of the body, causing allergy symptoms. The tendency to develop allergies is inherited.

Allergies begin when the body for some reason becomes sensitive to a particular substance called an antigen or an allergen. The antigen or allergen can cause the body to form antibodies, which are protective mechanisms. Sometimes antigens and antibodies combine to react with a sensitized cell, and histamine and other chemicals are released. Once freed, histamine has the power to cause many kinds of allergic symptoms. It can stimulate the glands that secrete mucus, tears, and saliva—accounting for the runny noses and eyes, congested lungs, and coughing of allergic patients. It causes swelling, which often results in a stuffed-up feeling in the nose, ears and chest. It can also cause headaches, hives, and a general feeling of itchiness. And, finally, it can tighten the muscles in the lungs and gastrointestinal tract and bring on asthma attacks and abdominal cramps.

In some people, allergic symptoms may be triggered by many non-allergic factors—including emotional stress, fatigue, infection, air pollution, and weather changes. This explains why some people may react severely to allergens one day and not at all the next day. These triggering factors add to what physicians call the “allergic load”. The allergic load refers to the amount of allergens the body can handle at any given time. If the body exceeds the allergic load, symptoms develop.

Part of successfully managing the condition is learning the factors that add to the allergic load, causing the body to exceed it’s capacity to handle allergens without symptoms. At the times when the allergic load is greatest, avoiding the non-allergic factors may lighten it enough to ease the symptoms.

Allergens such as certain foods, animals and feathers can easily be avoided. While dust and mold allergens are harder to avoid, steps can be taken to reduce their levels in the home.

When an allergen cannot be avoided or when symptoms are severe, hyposensitization is used to lessen sensitivity. It consists of a series of injections, usually called allergy shots. The allergy extract used in these injections contains small amounts of the things to which the patient is allergic. When injected, this extract causes the body to form antibodies, which block the allergen.

In some cases, only one treatment approach may be needed, while in other situations the physician may recommend all three.

We Can Help You

Many people wonder what causes their allergic symptoms and why they are worse at certain times.....

Sinus is a term often used by laymen to describe a variety of separate but related conditions......
View all
stay updated
with our blog